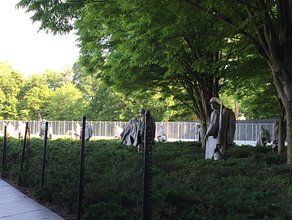 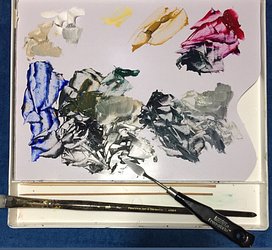 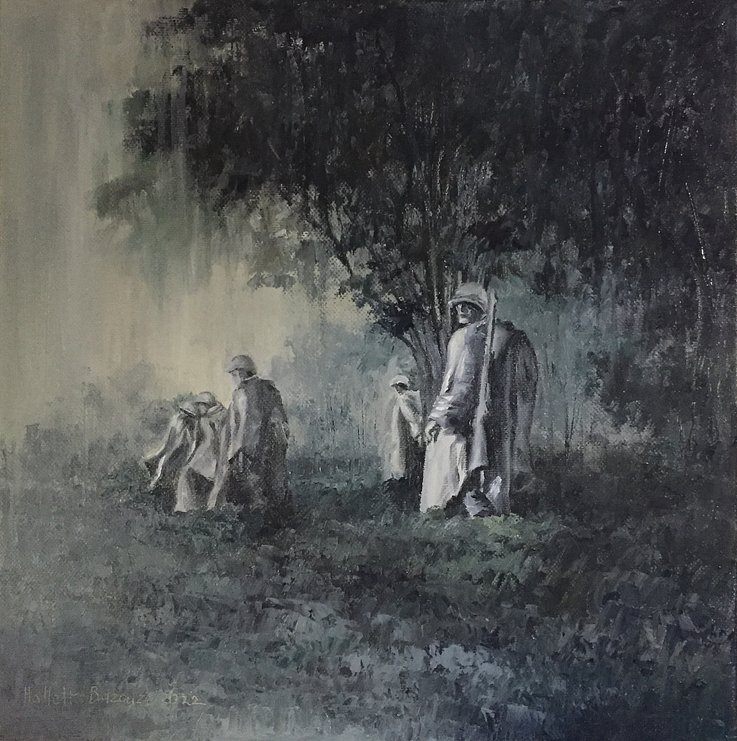 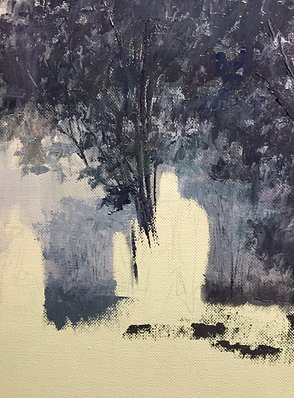 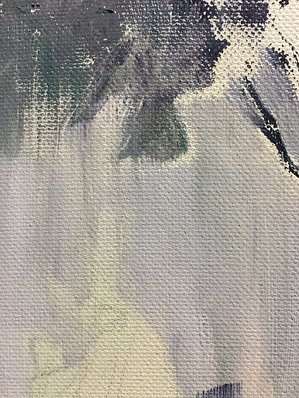 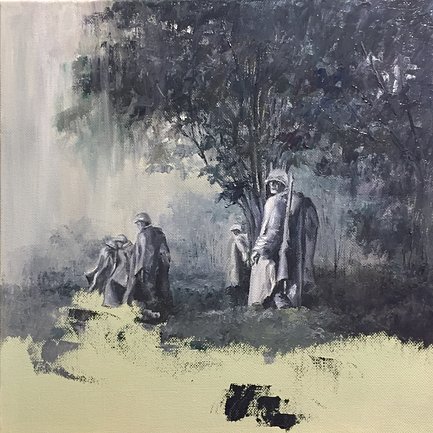 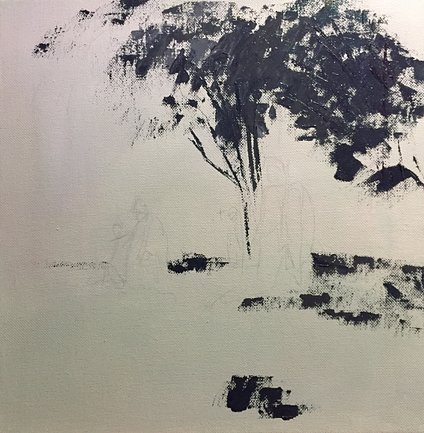 My painting, On the Lookout, is inspired by the stainless steel statues in the installation, "The Column" by Frank Gaylord II. It is part of the Korean War Memorial in Washington, DC. To one side of the sculptures is the Mural Wall created by Louis Nelson, with more than 2,500 images from war photos, sand etched into the granite.

There are 19 statues, representing 4 branches of the Armed Forces, and is a cross-section of race and ehnicity. They are about 7' tall, weighing over 1,000 lbs each. They are meant to apprear to come out of the jungle into the open. The reflection of the statues in the Mural Wall brings the number to 38, which was  the demarcation between North and South Korea, around the 38th parallel. It also represents the 38 months of the war.

I didn't understand the urgency I felt about painting this, right now, until I saw the numbers: the Uvalde shooting had 19 children killed, and the total of those killed and injured (excluding the shooter), totalled 38. And then I saw a wide-angle overhead shot of the statues...they looked like they were heading home. That's when I cried.

Museum of the American GI

The Juniper and granite slabs represent the rugged terrain and the rice paddies.