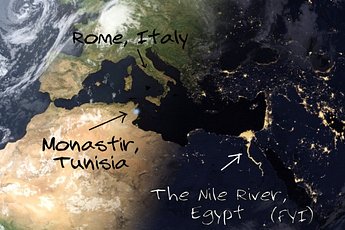 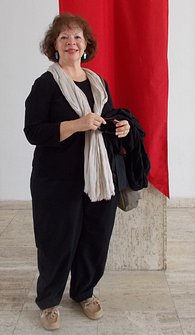 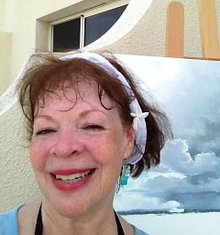 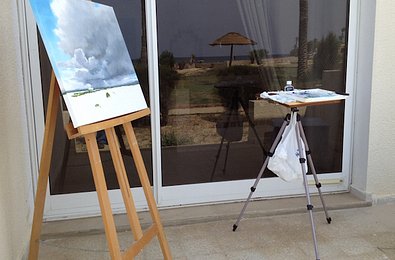 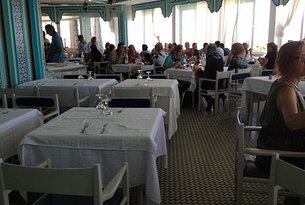 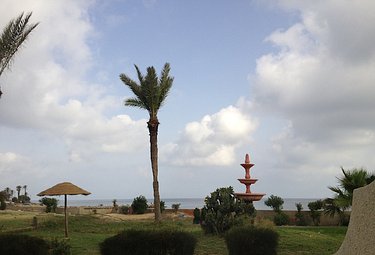 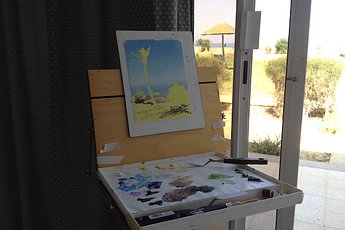 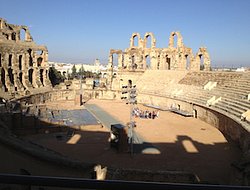 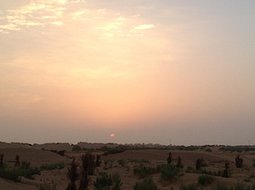 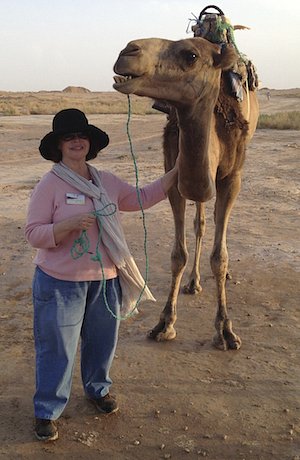 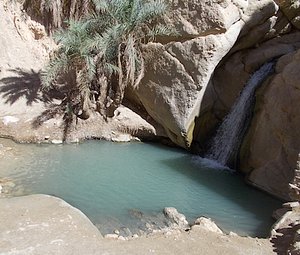 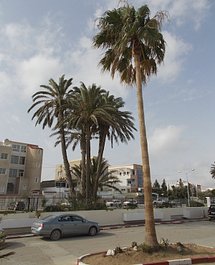 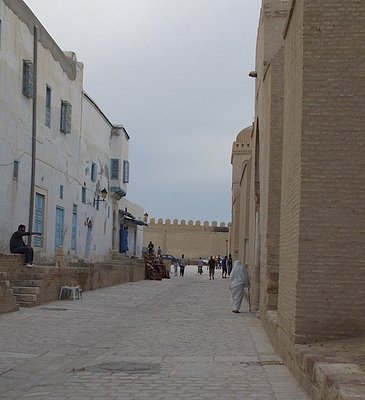 Painting in the afternoon, before the sun hit my patio.

Painting the view outside of my room.

During the first two weeks of September, 2013, I joined approximately 100 artists from around the world to visit and paint in Tunisa. We stayed in Monastir, on the beach of Les Palmier Hotel. We visited many sites, and this trip included an overnight stay in the Sahara Desert (complete with flushing toilets and showers). The only requirement was that we paint at least 2 paintings that would be left behind for the future Contemporary Museum of Fine Arts, Monastir. We were provided with easels and canvases, and acrylic paints were available for sale, if needed.

I brought my oils, my palette knives, my tripod and easel. I had  few opportunities (i.e., TIME) to paint en plein air. To fulfull the painting requirement I chose 24x30" canvases, because that was the smallest available! I knew it would take me longer than a lot than many of the others because I was working with oils (I think I was the only one doing so), and my work is highly representational. Many of the artists painted figurative or narrative abstracts, or abstracts inspired by our trips and experiences.

Walking the streets, the beach, and visiting with so many artists from around the world (Christian, Muslim, and others) was a fascinating experience. For breakfast I might sit with painters from French Canada, and for lunch some from Lebanon or Saudi Arabia. Or perhaps the painters from Azerbaijan and Morocco. Or Belgium, South Korea, or Cypress. Or Turkey. Lots and lots of painters from Turkey. Most spoke some English; many were fluent. I knew some words in several languages; but it did not matter, because we were all artists, and were all there because of our art. We did not talk religion or politics—just art, and what was going on with art our countries.

The two paintings I did to leave in Monastir were of a storm I saw out in the desert, and a street scene outside of a mosque. In it an old woman in traditional dress goes to prayers, passing by a father and his young daughter (in my photo it was really a little boy).

While there was a breeze, it was quite comfortable—especially before the sun came onto my patio in the afternoon. The day the breeze stopped was the day 'even the sweat had sweat' (from Yusif Katanov, Azerbaijani artist).

read more on my blog—

Coliseum in El Djem (UNESCO site), sunrise in the desert, camel ride, the "Niagra Falls" of Tunisia, and palms trees in the city.

This trip resulted in more paintings, done after I got home: World Views